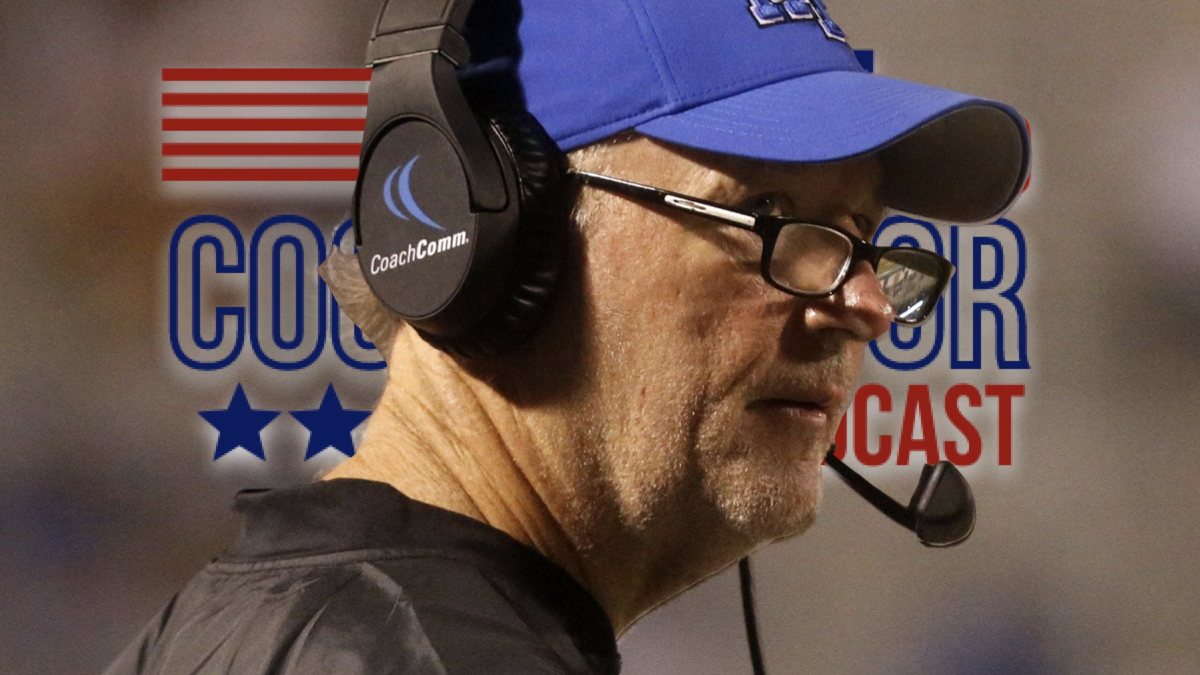 From The Archives:
The guest on today’s Coach and Coordinator podcast is Middle Tennessee State University offensive coordinator and quarterbacks coach Tony Franklin. Franklin is in his third season with the Blue Raiders and has led their offense to become one of the best in the nation. In 2016, Middle Tennessee was ranked eighth in FBS in total offense and set single-season records for yards per game, points scored, touchdowns and several other statistical categories.

Franklin’s coaching career has taken him across the country, including stops at colleges such as California, Louisiana Tech, Auburn, Troy and Kentucky. At every coaching stop, he has created a high-powered offense and mostly specialized with mentoring the team’s quarterbacks. Notable players who played under Franklin were quarterbacks Tim Couch at UK and Jared Goff at Cal, both being No.1 overall picks in the NFL Draft.

Along with coaching, Franklin has run a seminar for teaching football coaches named “The Tony Franklin System.” He has toured across the nation delivering seminars and providing written works of his teachings. Several college and high school coaches use the practices taught in Franklin’s seminars in their everyday coaching.

In the podcast, Franklin and host Keith Grabowski discuss The Tony Franklin System, how that has affected his coaching style today, and what he brings to coaching Middle Tennessee.

Show Notes
1:15 Upcoming season for Middle Tennessee
2:30 Adapting formation and trying to not lose the game
6:12 Balancing offense, defense and special teams at a program
9:10 Creating and changing schemes based on personnel
13:20 The history of the Tony Franklin System
18:15 Importance of designing a solid practice, the Perfect Drill
22:58 Tips in building an effective practice, Manning-Goff Feet
29:25 Instructing coaches to pay attention to detail within practice
32:03 Using Peyton Manning’s fundamentals and footwork
37:05 Teaching quarterbacks the RPO
43:42 Routes on air, getting the most out of receiver drills
45:44 The Winning Edge