Best of Coach and Coordinator: Maximizing Tempo in Your Offense

December 15, 2022 Jared Frank Tempo Comments Off on Best of Coach and Coordinator: Maximizing Tempo in Your Offense

Best of Coach and Coordinator: Maximizing Tempo in Your Offense 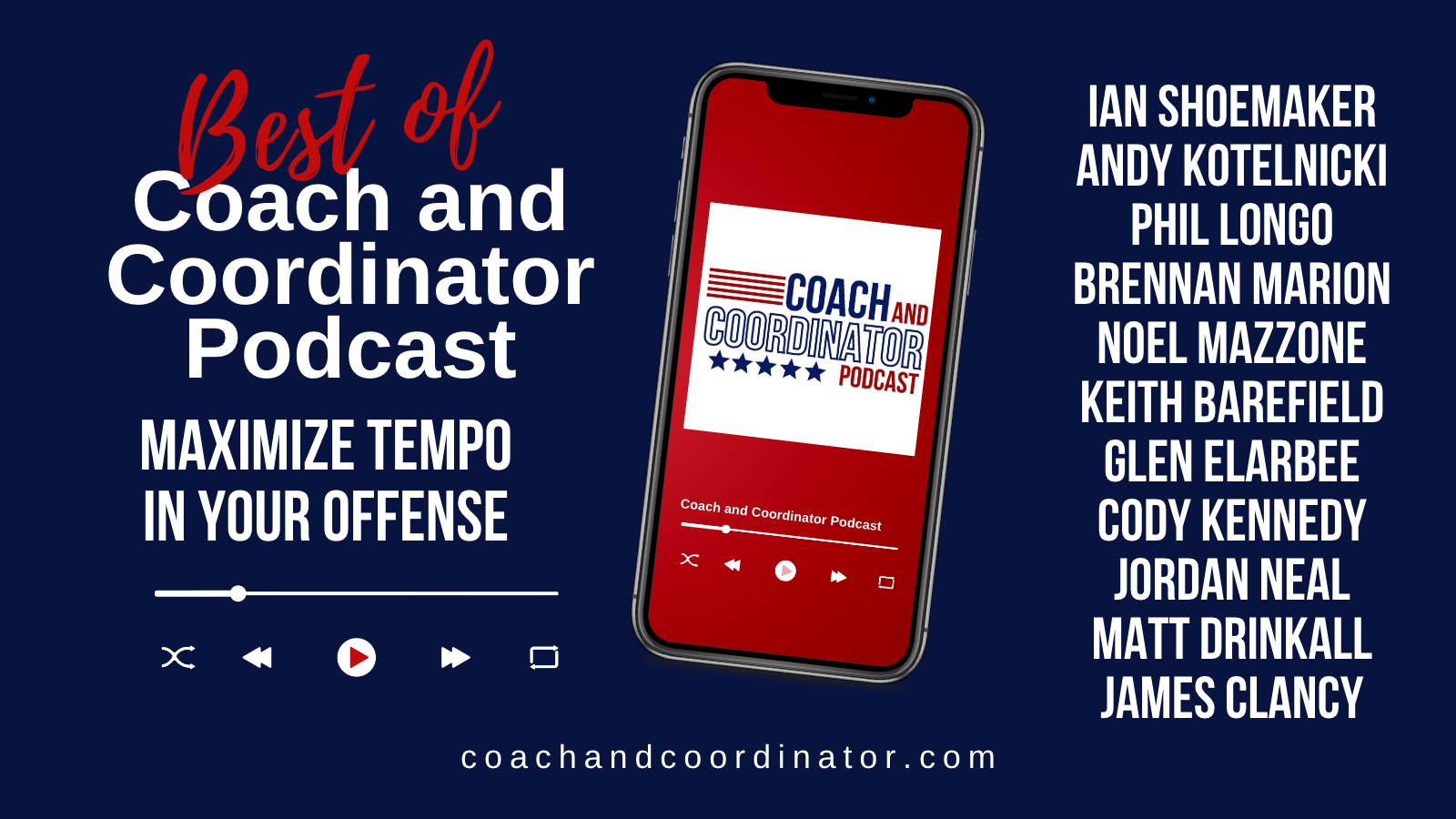 Tempo offense has been in the mainstream of football thinking for about a quarter of a century now, when guys like Randy Walker and Rich Rodriguez made it popular. But it remains, in many ways, an underutilized and under-coached aspect of an offensive attack.

This “best of” episode shares the ideas of 11 coaches on maximizing the advantages of tempo offense by how it is structured, the plays run with it, how it’s game planned, the mechanics of playing fast, and how it becomes engrained in culture.