Adding Multiplicity and Flexibility with the Counter Play

January 22, 2023 keithgrabowski Offense Comments Off on Adding Multiplicity and Flexibility with the Counter Play

Adding Multiplicity and Flexibility with the Counter Play 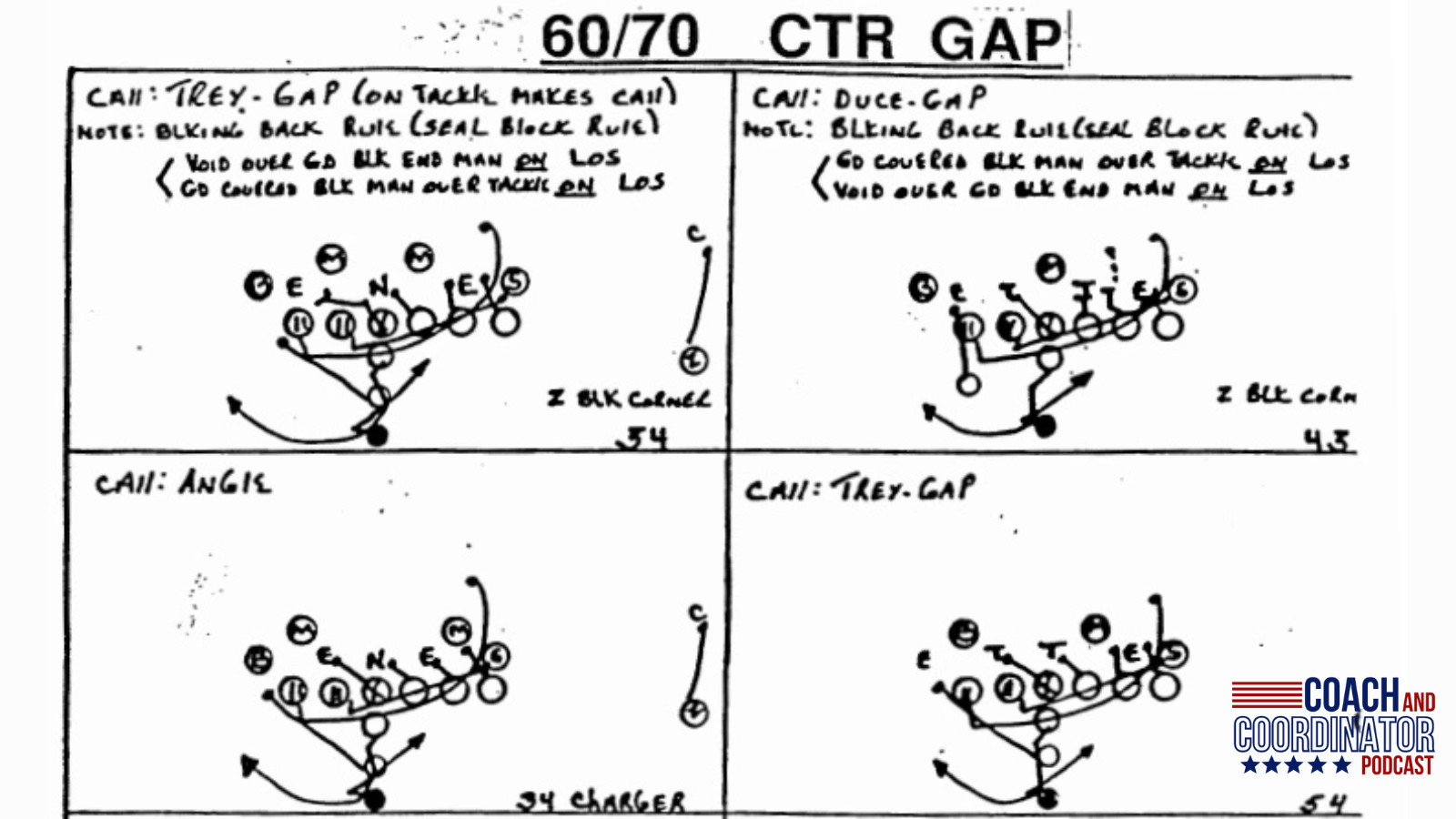 Time is a flat circle of running plays. In this era of inside zone schemes, the counter, a play popularized by Joe Gibbs and the Washington Redskins in the 1980’s, has returned in many offenses.

As the use of the inside zone schemes proliferated with the advent of the 10 personnel zone era with the use of big linemen creating a downhill push, and a QB reading the edge, then eventually reading the LB for RPO, the counter play took a back seat.

Popularized in the 1980’s by Joe Gibbs of the Washington Redskins, it’s a play that again has become a staple in many offenses.

We’ve firmly entered the 11-12-21 era of spread offense, and the counter definitely is back. With the use of more tight ends and fullbacks, the second puller is often not the tackle.

Many of today’s spread offenses predicate the running game on numbers in the box. This is a sound principle. The beauty of the counter play is that it puts more blockers at the point of attack than the defense has defenders.

For example, in this diagram against an over front, the offense not only has angles created by down blocks, but pullers added to the play side create a number advantage for the offense. 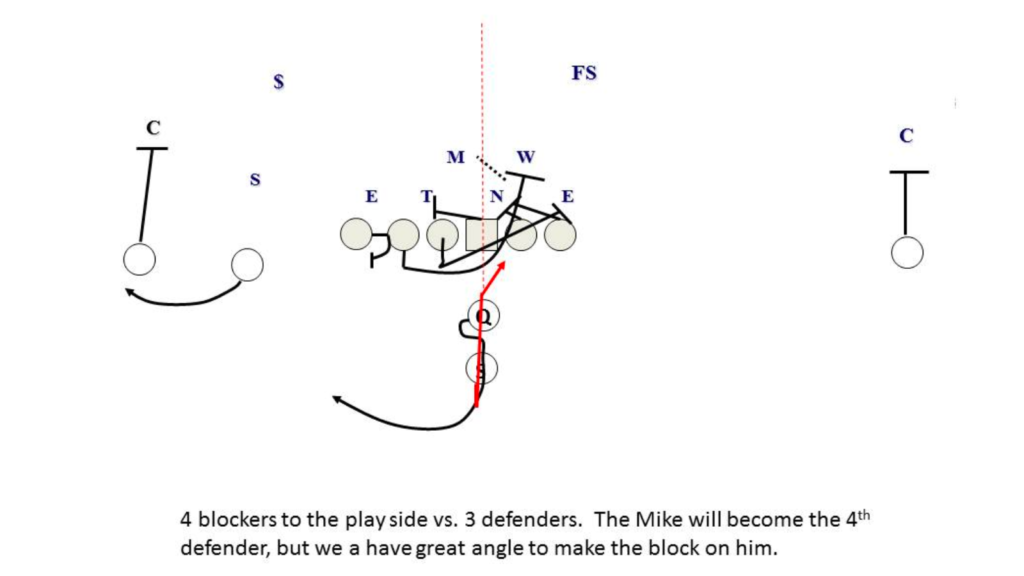 The defense will rely on the linebackers to react and negate the numbers advantage, but the angles that the offense has allows us to build a wall. The combination block and the center’s block back create the wall. The offensive line combinations and the pullers’ kick out blocks create the running lane for the back.

The play maximizes flexibility as it gives an offense the ability to be multiple with personnel and formations. This is evident as the counter can be found in many offensive systems like the wing-t, double wing, I-formation, and spread.

Because the second puller can be a tackle, tight end, wing, slot, fullback, or even the tailback, it fits into many formations. The scheme is also flexible enough to be run to and away from the tight end.

The play can take on different personalities based on who is becoming the second puller. A key to making this part of the game plan each week is to find the formations and the alignments expected from the defense to create the numbers and angles advantage.

These examples show how the counter play can be very effective from a number of different formations and personnel groups.

In the example, Coach Bill Durkin points out the footwork of the running back and the quarterback. This allows them to hand-off, read, or run an RPO. Here are some examples of the Counter vs. the Odd Front.

Good on 3rd Down vs. Junk Looks

Here is Villanova OL Coach Sean Devine showing their counter on 3rd down on the plus side of the field. He emphasizes the point that the counter is a great call against junk defenses in this situation rather than having to drop back in pass protection.

The Versatility of the Counter

Tennessee Martin OL Coach Matt Jones illustrates the play being used with a Nasty split by the WR, allowing him to get into the blocking scheme. In their “Sucker” version of the counter, the QB rides and reads with the running back watching for the DE to hold his position on the edge and then pulls and follows the G-T.

Add More Hats to the Party

Colgate OL Coach Brendan Walsh shows the use of counter in a short yardage situation. By tagging “Lead”, they add a hat to the blocking scheme with the running back now leading on the edge and providing the blockers needed to get the first down when the defense is loading the box.

Tendencies develop over the course of the season, and one of those that typically develops is that of being able to key on a single blocker’s alignment or movement to take you to the ball.

In today’s 11 personnel-heavy offenses, that is usually the Sniffer of the TE off the ball. Tennessee OL Coach Glen Elarbee has an answer with what he calls “Claw.”

It is a variation of their counter in which the TE/Sniffer aligns to the counter side and begins with movement away from the point of attack. His movement puts him behind the first puller who is kicking out and allows him to get into his position to wrap through.

This is definitely a tendency breaker that can help slow down a fast-flowing defense. Coach Elarbee explains it here on game film.

If power is already in the playbook, the counter can be a great addition because the blocking scheme is basically the same. While the examples show many different variations, the offensive line remains consistent in its assignments and execution. It doesn’t matter to them what is happening behind in the backfield. They just do the same things over and over.