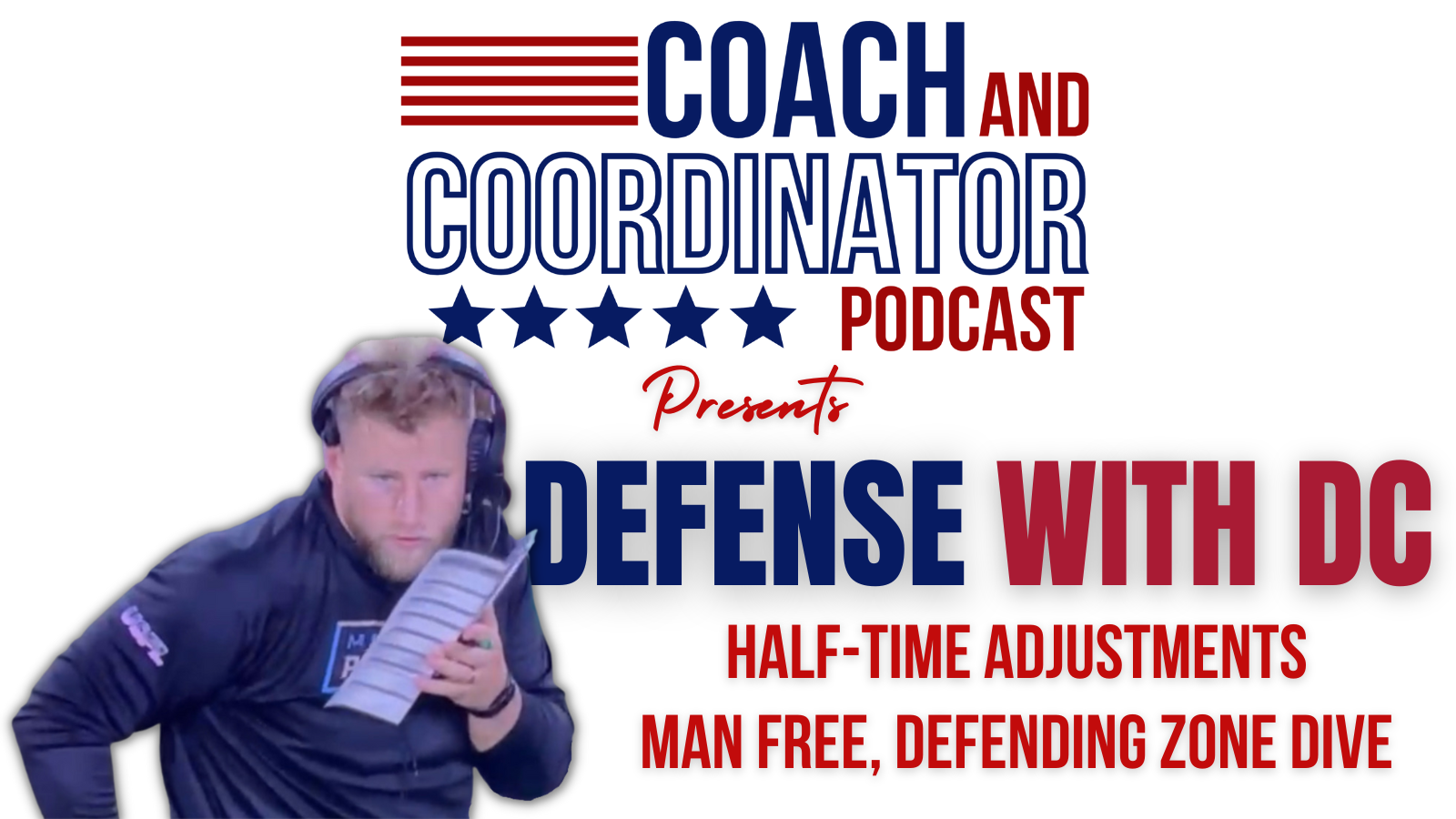 Dan Carrel, Defensive Coordinator for the USFL’s Michigan Panthers, is back for another week. In this episode, Coach Carrel focuses on halftime adjustments, blitz checks, and takeaways from the Georgia-Tennessee and Army-Air Force games.

Dan Carrel joins the Coach and Coordinator Podcast fall lineup after a successful 2022 campaign as the Defensive Coordinator for the USFL’s Michigan Panthers. Coach Carrel’s previous coaching experience includes stops at Ohio State, Kentucky, Houston, and UMass. Before getting into the coaching profession, he graduated from West Liberty University, where he played linebacker. Coach Carrel will lead the discussion every week of the season on this defense-focused series of Coach and Coordinator Podcast. This week, he teaches halftime adjustments and shares takeaways from the Georgia-Tennessee and Army-Air Force games.

(2:11) Halftime Adjustments
>Steal Time
>Address Problems with Things That Were Practiced
>Don’t Adjust with New Coverages
>Look at Formational Hit Chart
>Scale Back the Menu, Especially Situational Menus
>Create Formational Blitzes
(10:51) Blitzes to Attack Specific Looks
>Call in Blitzes Based on Certain Checks
>Communicate Presnap
>Set Expectations That You Have Blitzes Built to Attack Certain Things
(13:29) Georgia vs. Tennessee Observations
>Taking Away Space
>Using 4i to Set the Edge from the Inside Out
>Georgia’s Man Coverage
>Hash Divider Rules
(20:07) Army vs. Air Force Option Tips
>Tight 9 to Spill the G-Lead Play
>4is sitting on horn blocks as a QB player
>Everything Your Line and Linebackers Do Is Being Watched
>Defending the Zone Dive Play
>Recognizing the Difference Between a Midline Path and a Zone Dive Path

SAVE 25%: Make Sense of Your Self Scout