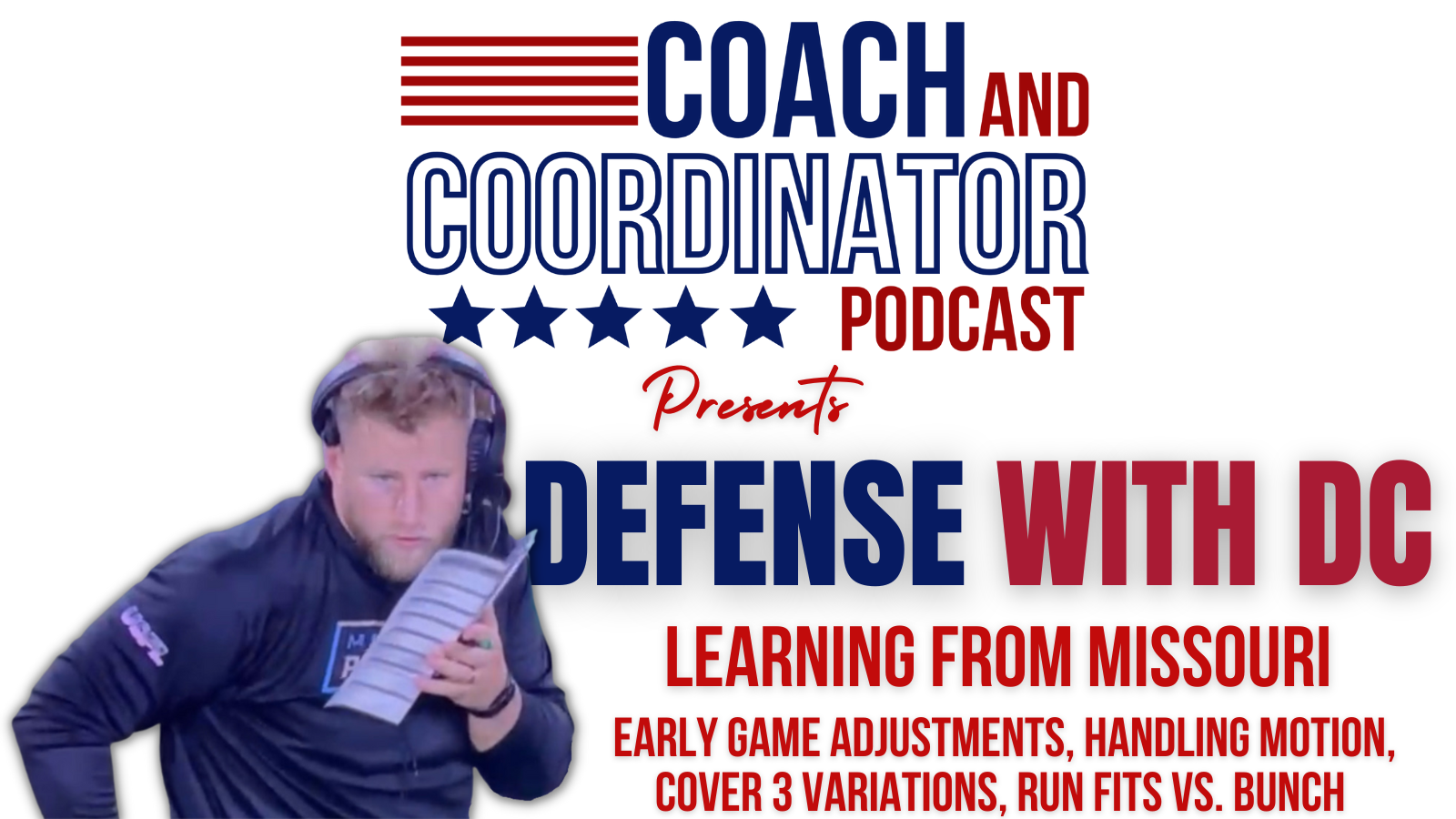 Dan Carrel joins the Coach and Coordinator Podcast fall lineup after a successful 2022 campaign as the Defensive Coordinator for the USFL’s Michigan Panthers. Coach Carrel’s previous coaching experience includes stops at Ohio State, Kentucky, Houston, and UMass. Before getting into the coaching profession, he graduated from West Liberty University, where he played linebacker. Coach Carrel will lead the discussion every week of the season on this defense-focused series of Coach and Coordinator Podcast. This week, he discusses early game decisions, motion adjustments, coverage variations, bunch run fits, and option tips, using the Missouri and Temple defenses as case studies.

(1:45) Missouri vs. South Carolina Quick Study
>Coach Up Early Game Calls
>Think About How Else the Opponent Can Run Those Early Plays
>Anticipate What’s About to Happen
(7:10) Adjustment to Motion
>Tie into Gap Schemes
>Spin to Motion in Nickel
>Adjust to Motion in Base
(11:19) Simple for You, Complex for Them
>Use Variations of Cover 3
>Find Places Where It’s Advantageous to Be Different
>Make the Game Plan as Simple as Possible
(17:11) Defending Bunch
>Teach Bunch Run Fits the Same as Crack Replace
>Box Concept Against Routes
>Understand How You’ll Defend Double Out
(22:49) Temple vs. Navy Quick Study
>Trigger the Alley Player Fast
>Change to Cloud Force on the Pitch
>Play a Shade to Steal a Gap

SAVE 25%: Make Sense of Your Self Scout