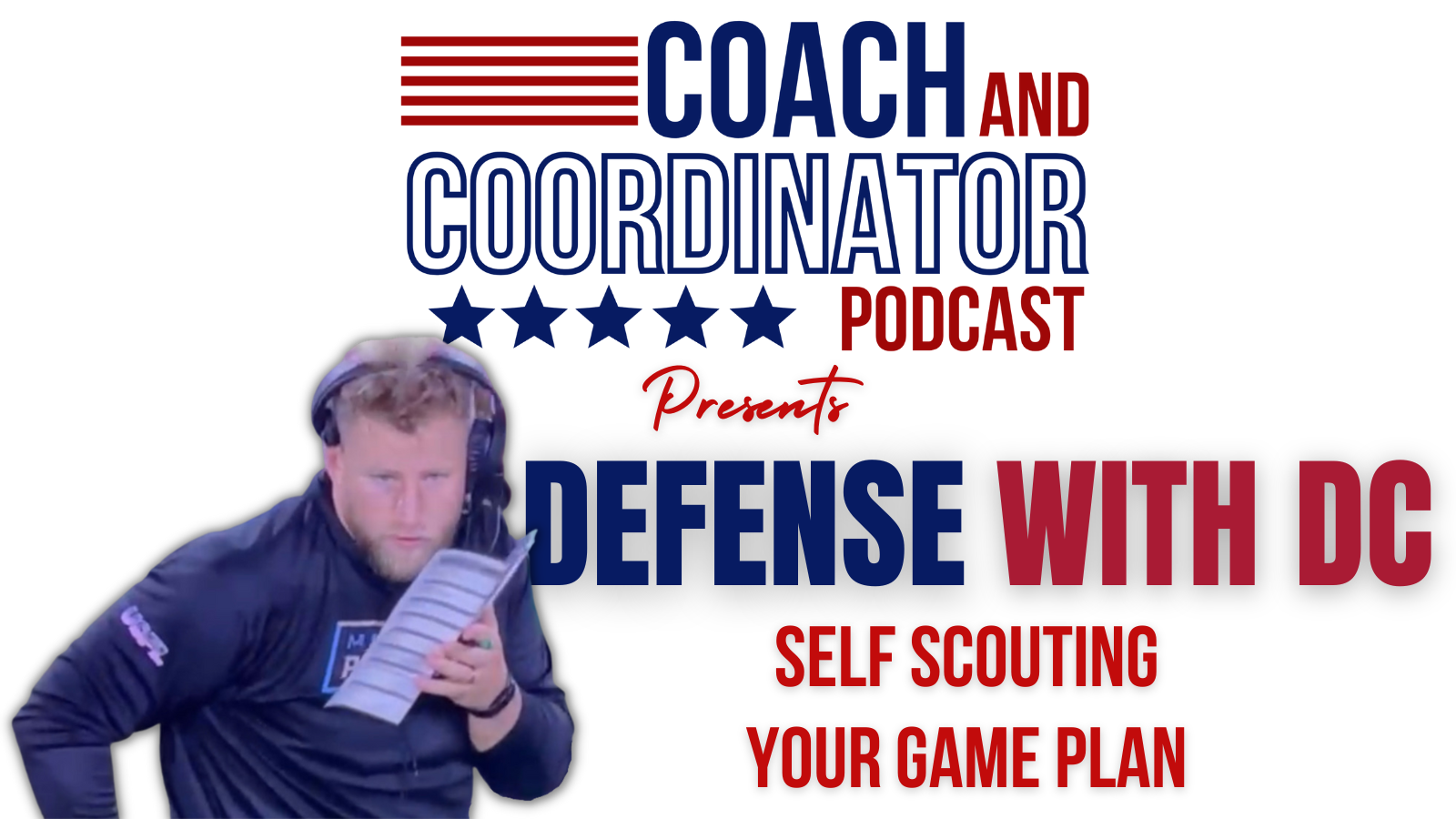 The Defensive Coordinator for the USFL’s Michigan Panthers shares his self-scouting lessons learned for optimizing practice efficiency, preparing for opponents’ adjustments, as well as his weekly tips to defend the option – this week from a four-down structure.

Dan Carrel joins the Coach and Coordinator Podcast fall lineup after a successful 2022 campaign as the Defensive Coordinator for the USFL’s Michigan Panthers. Coach Carrel’s previous coaching experience includes stops at Ohio State, Kentucky, Houston, and UMass. Before getting into the coaching profession, he graduated from West Liberty University, where he played linebacker. Coach Carrel will lead the discussion every week of the season on this defense-focused series of Coach and Coordinator Podcast. This week, he covers self-scouting.

(1:04) Self-Scouting the Game Plan
>Get Out in Front of What’s Coming Next
>Make Sure You’re Not Killing the Cats and Dogs
>Verify You’re Repping the Plays in Practice that Actually Show Up in the Game (and Not Just on Tape)
(7:27) Preparing for the Most Common Offensive Adjustments
>Formations, Shifts, and Motions
>Teach Distributions (Flood, Flow, and Basic), Not Just Formation Recognition
>Work Against Motion Early in the Week
>Splits and Spacing Tend to Be Consistent Week to Week
>Birmingham Stallions Case Study
(17:46) Use of Practice Video
>Get Script Organized Ahead of Time
>Prepare the Right Way
>Automate with Technology
>Self-Scout Practices, Not Just Games
>Don’t Waste Time or Reps
(25:22) Game-To-Game Trends
>The Game Isn’t Played in a Cut-Up
>Be Mindful of the Statistical Mode: How Many Different Games Did a Play Show Up In?
>What Defenses Has the Opponent Struggled With?
(29:17) BYU vs. Oregon Case Study
>Tightening Up the Game Plan
>”Simplicity Is the Ultimate Sophistication”
>Stemming the Front Late
>Starting Over at a New Program
(32:51) Option Tips
>Air Force vs. Wyoming Case Study
>The Four-Down Structure
>Don’t Outrun the Pitch