The Mushroom Society with Bob Wylie: The Keys to a Successful Career, Featuring Dante Scarnecchia

November 7, 2022 Jared Frank Offensive Line Comments Off on The Mushroom Society with Bob Wylie: The Keys to a Successful Career, Featuring Dante Scarnecchia

The Mushroom Society with Bob Wylie: The Keys to a Successful Career, Featuring Dante Scarnecchia 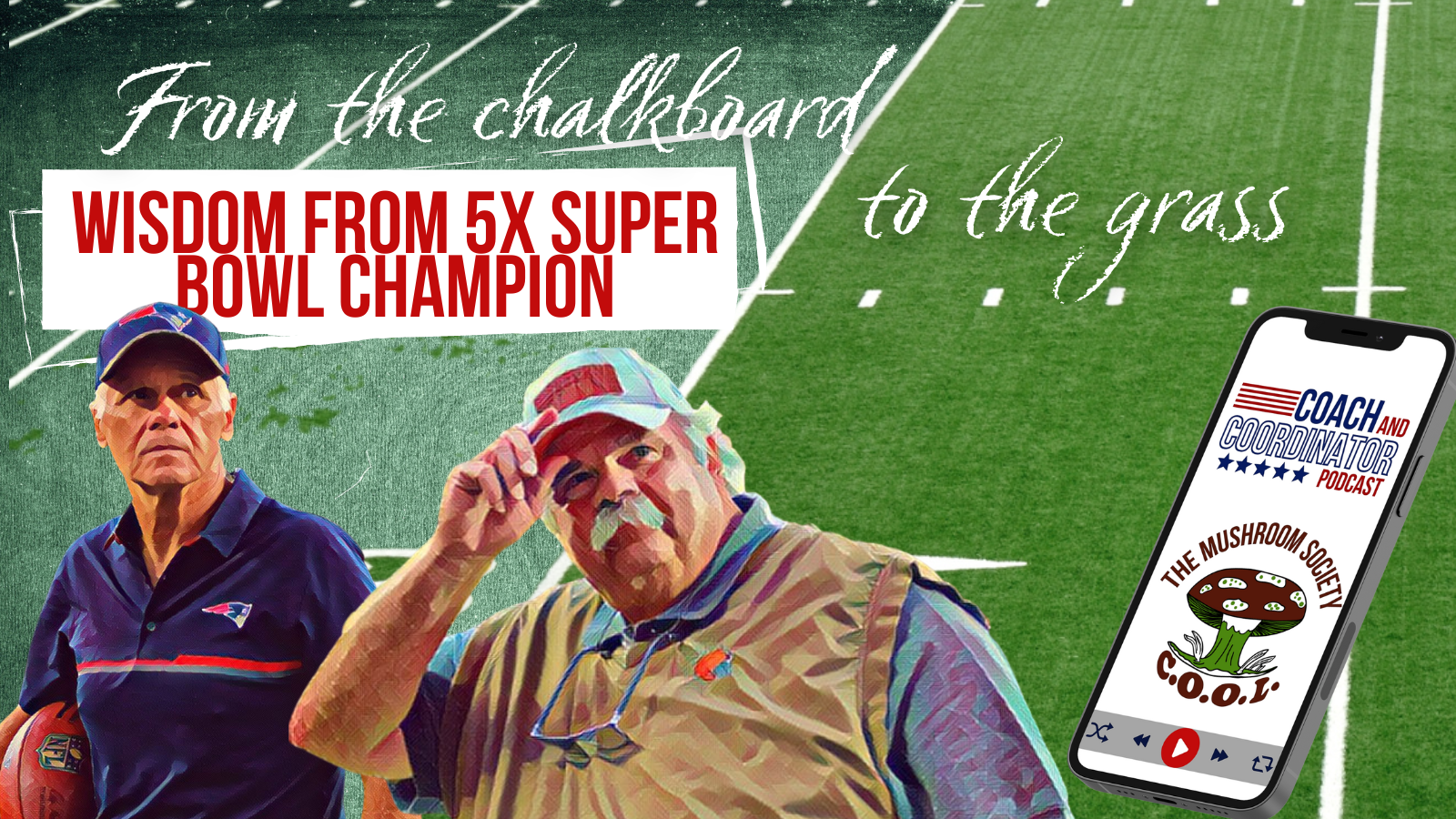 Dante Scarnecchia joins The Mushroom Society series this week to discuss his 34 years of coaching in the NFL, all but two of those years spent with the New England Patriots. Coach Scarnecchia offers perspective on longevity in the profession, working with elite players and coaches in elite organizations, and the consistency required to be a five-time Super Bowl Champion.

Dante Scarnecchia spent 34 years coaching in the National Football League, 32 of those 34 years with the New England Patriots. He was widely regarded as one of the best offensive line coaches in the league during that time. In New England, Coach Scarnecchia served under five head coaches, including Bill Parcells, Pete Carroll, and Bill Belichick, winning five Super Bowls with Coach Belichick. Scarnecchia began his coaching journey at his alma mater California Western in 1970. He also spent time learning both sides of the ball at Iowa State, SMU, Pacific, and Northern Arizona before entering the NFL ranks.

(3:35) Coaching Origins
>Passion Found at an Early Age
>Teaching Degree
>Experience on Offense and Defense
(10:06) Keys to Longevity
>Make the Most Out of Every Day Wherever You Are
>Worry About the Job You Have
>Maintain Physical Fitness
(17:25) Working with Great Players in Elite Organizations
>Don’t Assume Anything
>Make Every Player Better
>Treat Everyone the Same and with Respect
>Develop the Entire Roster
>There Are No Sacred Cows
>The Approach is Always the Same
(26:11) Advice for Working with Bill Belichick (or Any Great Coach)
>Be a Great Listener
>Do What the Man Wants You to Do and How He Wants You to Do It
>Have Your Sensors Up, Take In Everything
>Be Ready for Everything
>If You Have a Reason for Not Doing Something, You Better Tell Them Why
(31:02) Making In-Game Adjustments
>Speak in Clear, Concise, No Uncertain Terms
>Be Consistent with the Rules of Your System
(34:13) OC-OL Coach Relationship

Dante Scarnecchia at the COOL Clinic:

Things I’ve Learned Along the Way