The RPO of the Year

October 5, 2022 keithgrabowski RPO Comments Off on The RPO of the Year

The RPO of the Year 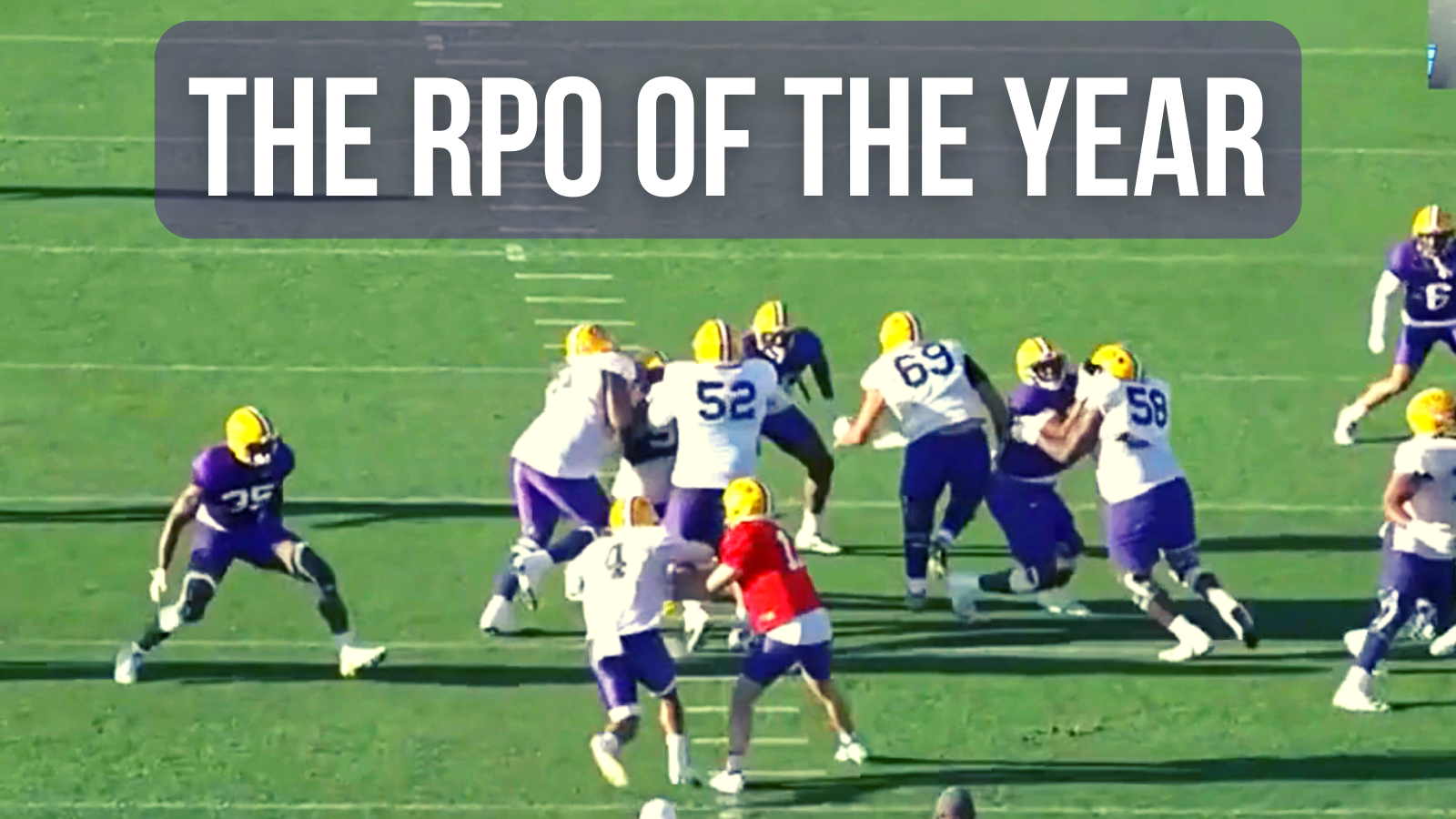 On a recent episode of OC Office Hour, XFL Houston OC Austin James Smith identified the "RPO of the Year." Let's unpack one of the emerging trends of 2022 through the perspectives of some of the foremost offensive coaches in college football. 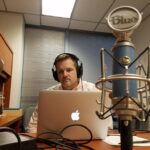 XFL Houston Offensive Coordinator Austin James Smith joined Coach and Coordinator Podcast earlier this season for our OC Office Hour series. He discussed trends he was observing as he “works forward” in preparation for the beginning of XFL camp, which begins January 2023.

One of the emerging trends he noted was the evolution of RPO schematics, labeling one play as the “RPO of the Year” because he’s seen many teams using it this season.

The play is an inside zone from either 2×2 or 3×1 with an off-the-ball tight end running behind the line of scrimmage to a flat route on the read side of the play. The twins receivers on that side block downfield.  The quarterback reads the end for give-keep, and if he keeps, he reads the inside linebacker for keep-throw.

Noel Mazzone spoke on this play at the Glazier Clinic in 2015. He called the concept “Bolt,” so the concept is not new to the game. But the prolific use of 11 personnel across both college and high school football has made this RPO popular this season.

With the lack of a universal language for football, it has taken on many names and is used by many teams at every level. In the videos below, it will be called “Arrow,” “Y-Flat,”  “Jettison,” and “Skip.” Let’s break it down.

Andy Kotelnicki, Offensive Coordinator at Kansas, likes how the play distorts the defense. For him, it’s a nice possession throw.

For the outside receivers, it is no different than blocking the bubble, but it does present a different look for the defense. While on bubble, a defensive back may have to retreat to cover the Bubble-Go, and his initial reaction is to prepare to take on the block on the receiver. The key tells him to do so. With the tight end running flat and the stem of the route upfield, the initial key is pass, and the reaction to the block comes a split second later.

Coach Kotelnicki points out the variations of where the ball can go based on the “stimulus response” of the defense. In the final example, the QB is able to walk into the end zone. It gives the offense the ability to run a single play and attack the defense in three different places depending on how they react.

Finally, he notes that the play has a lot of multiplicity in the formations, motions, and personnel that can be used, but for the quarterback, it is “same as” teaching. His reads and keys remain the same.

Likewise, it is a play that Ole Miss Offensive Coordinator Charles Weis Jr. will create variations of, like the flat coming either from the same side or all the way across. He similarly notes that the QB and WR rules remain the same, but it does give the defense different presentations.

The coaching points get reiterated again and again like those in Weis’ terminology, “cha-cha-cha” footwork, M-D-M (most dangerous man), and happy hour. The default rule and preference is that the safety is blocked, and the corner is left for the ball carrier, with the premise being that the corner is the worst tackler on the defense.

Take a look at the Rebels’ variations of this RPO in the videos below:

Joe Moorhead has been using this play all the way back to his time as the Offensive Coordinator at Penn State. He likes the play in the Red Zone, as it is good against both man and zone coverages. It creates two “two-on-ones” and what becomes a true triple option play having a give-keep-and-pitch (throw) component.

Mike Denbrock loves tight end RPOs and used them extensively at Cincinnati. Now the Offensive Coordinator at LSU, he uses the Skip RPO as part of the Tigers’ attack.

Matt Drinkall used this RPO while he was the Head Coach at Kansas Wesleyan. Now the Tight Ends Coach at Army, he still spends his time during clinic season sharing his RPO ideas.

He likes his “Jettison” RPO because the throw is an easy one for the QB. He notes that the tight end should ooze into the flat rather than get out there too fast.

The RPO takes the pressure off of the signal caller to be right, and the “RPO of the Year” does so even more. It has three possibilities for how it attacks the defense. Will it make its way into the XFL as part of Coach Smith’s offense? We will have to wait and see.

Listen to the OC Office Hour episode featuring AJ Smith and his commentary on the “RPO of the Year.”